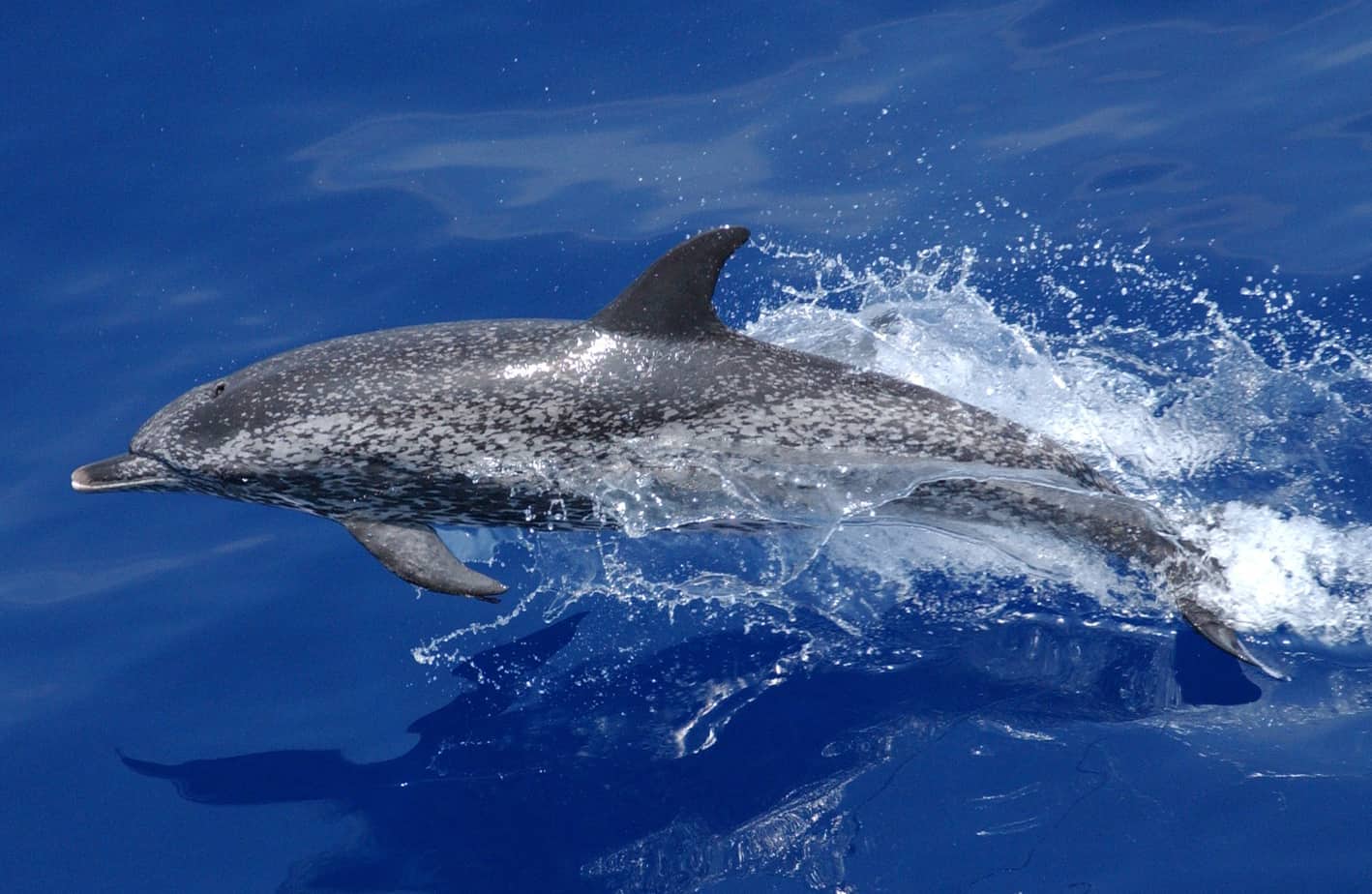 The Atlantic spotted dolphin is considered playful and acrobatic. They love to ride the bow wave of boats and surf the wake of ships they encounter. They are also more likely to approach humans than other dolphin  species, and become easily habituated to human activity in the wild, but do not survive in captivity

The Atlantic Spotted Dolphin In Detail :